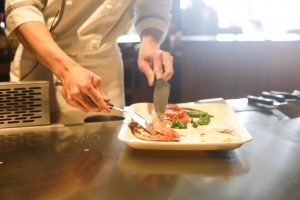 Joining the “Whisk” cooking club brings a lot of benefits. First and foremost, you’ll have an excellent excuse to get out of the house and spend time with others who are interested in cooking and who love to prepare meals. We have both guys and gals in our club, of all ages. If you are a guy who wants to join but you’re worried that joining a cooking club might not be a guy thing to do, don’t be silly. We live in a different times, and there’s about a dozen of guys who are members. Single guys, single fathers and elderly folk who were left alone and would like to know how to prepare food.

In short, we’re not some sort of exclusive womens club, there’s room at “Whisk” for everyone so why don’t you fill out the form down below. Fill out the basic info and also make sure to write a short explanation on why exactly it is that you would like to join our little club. You don’t have to go into specifics, just give us a few sentences with the basics of why you would like to join “Whisk”.

You can expect our reply in a couple of days, a week at most. Once that we review everything and we determine that you’d fit right in, we’ll let you know about our decision. Like we’ve already mentioned, we’re not very strict on who can join us. Pretty much anyone who decides to join us gets accepted, so don’t worry about not getting accepted. Since this year we’ve decided we’ll ask for a small monthly fee from our members, in the amount of 10$. It’s not much, but it helps to deal with the costs, so that me and Caitlin don’t have to finance everything ourselves. In either case, whatever your reason, if you want to join, you know how. Hope to see you at one of our meetings soon.